The Keck Biophysics Facility provides scientists with 24-hour access to a collection of advanced instruments for biophysical and biochemical characterization of macromolecules and their interactions. Training, staff services, technical expertise and assistance are provided by the facility personnel. 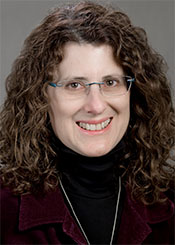 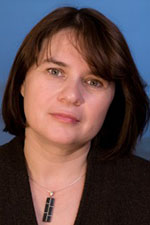 Histone deacetylases (HDACs) are a class of enzymes responsible for erasing acetylation marks from chromatin and facilitating a transcriptionally-repressed state. Several small-molecule inhibitors of HDAC1 and HDAC2 have been previously identified in high-throughput screens and developed into cancer therapeutics. However, these inhibitors disrupt several cellular pathways involving related HDAC enzymes and show high cytotoxicity and severe adverse effects. Since HDAC proteins are involved in several multiprotein corepressor complexes, each with distinct functional roles, next generation inhibitors with targeted functional specificity could be designed based on structural and functional characterization of these complexes. The Radhakrishnan (CEND) and Modragon (CAPS) groups examined the role of two main proteins, Sin3A and Sds3, in HDAC1 recruitment and assembly of the core Sin3L/Rpd3L complex. Based on structural information and functional studies, specific regions and residues critical for these interactions were identified. The study also showed that Sds3 dimerizes, forming an anti-parallel coiled-coil dimer via two adjacent segments of its polypeptide chain and that BRMS1 (breast cancer metastasis suppressor dimerizes in a similar manner The facility's isothermal titration calorimetry (ITC) and size exclusion chromatography with light scattering (SEC-MALS) instruments were used to determine the affinity and stoichiometry of these complexes and the effects of specific mutations at the Sin3A-Sds3 and Sds3 dimer interface Reference: Clark et. al. Proc Natl Acad Sci USA, 112:E3669, 2015 PMCID PMC4507224

Activin is a small protein associated with several disease conditions, including cancer-related cachexia. In late-stage murine cancer models, inhibition of activin with either follistatin or with RIIA receptor protein has been shown to reverse cachexia effects. Based on the crystal structure of the activin-follistatin complex, the groups of Woodruff (CCS) and Scheidt (CAPS) collaborated in work that identified a number of potential small-molecule activin antagonists through in silico screening (J. Med. Chem. 58:5637, 2015). The Keck Facility's Bio-layer Interferometry (BLI) instrument was used to test potential leads for their ability to bind activin with high specificity and to inhibit the activin-RIIA interaction in a dose-dependent manner. These biophysical data correlated with functional studies, in which the lead compound NUCC-555 was shown to inhibit activin A-mediated cell proliferation in ex vivo ovary cultures. These findings lay the foundation for future work aimed at optimizing lead compounds as potential small-molecule therapeutics to target cancer-related cachexia and other activin-mediated diseases.

All manuscripts and grants presenting work supported by this core should include the following acknowledgement:

We thank the Robert H. Lurie Comprehensive Cancer Center of Northwestern University in Chicago, IL for the use of the Keck Biophysics resources. The Lurie Cancer Center is supported in part by a NCI Cancer Center Support Grant #P30 CA060553.